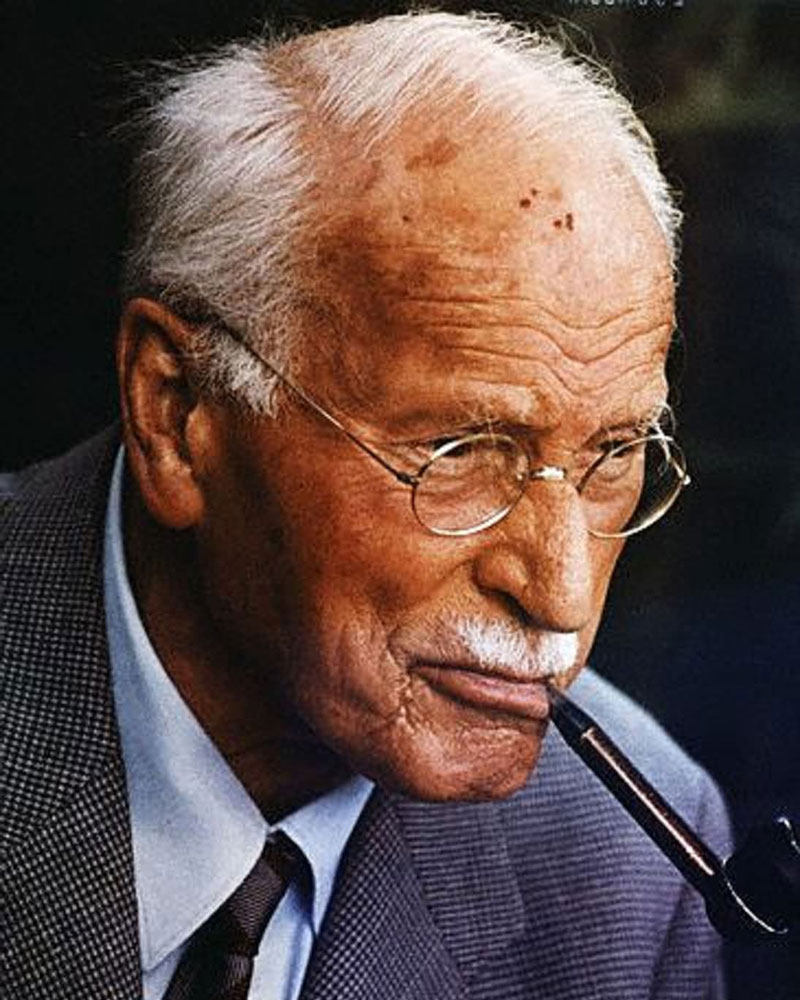 Carl Gustav Jung was born July 26, 1875, in the small Swiss village of Kessewil. His father was Paul Jung, a country parson, and his mother was Emilie Preiswerk Jung. He was surrounded by a fairly well educated extended family, including quite a few clergymen and some eccentrics as well.

The elder Jung started Carl on Latin when he was six years old, beginning a long interest in language and literature – especially ancient literature. Besides most modern western European languages, Jung could read several ancient ones, including Sanskrit, the language of the original Hindu holy books.

Carl was a rather solitary adolescent, who didn't care much for school, and especially couldn't take competition. He went to boarding school in Basel, Switzerland, where he found himself the object of a lot of jealous harassment. He began to use sickness as an excuse, developing an embarrassing tendency to faint under pressure.

Although his first career choice was archeology, he went on to study medicine at the University of Basel. While working under the famous neurologist Krafft- Ebing, he settled on psychiatry as his career.

After graduating, he took a position at the Burghoeltzli Mental Hospital in Zurich under Eugene Bleuler, an expert on (and the namer of) schizophrenia. In 1903, he married Emma Rauschenbach. He also taught classes at the University of Zurich, had a private practice, and invented word association at this time!

Long an admirer of Freud, he met him in Vienna in 1907. The story goes that after they met, Freud canceled all his appointments for the day, and they talked for 13 hours straight, such was the impact of the meeting of these two great minds! Freud eventually came to see Jung as the crown prince of psychoanalysis and his heir apparent.

But Jung had never been entirely sold on Freud's theory. Their relationship began to cool in 1909, during a trip to America. They were entertaining themselves by analyzing each others' dreams (more fun, apparently, than shuffleboard), when Freud seemed to show an excess of resistance to Jung's efforts at analysis. Freud finally said that they'd have to stop because he was afraid he would lose his authority! Jung felt rather insulted.

World War I was a painful period of self-examination for Jung. It was, however, also the beginning of one of the most interesting theories of personality the world has ever seen.

After the war, Jung traveled widely, visiting, for example, tribal people in Africa, America, and India. He retired in 1946, and began to retreat from public attention after his wife died in 1955. He died on June 6, 1961, in Zurich.